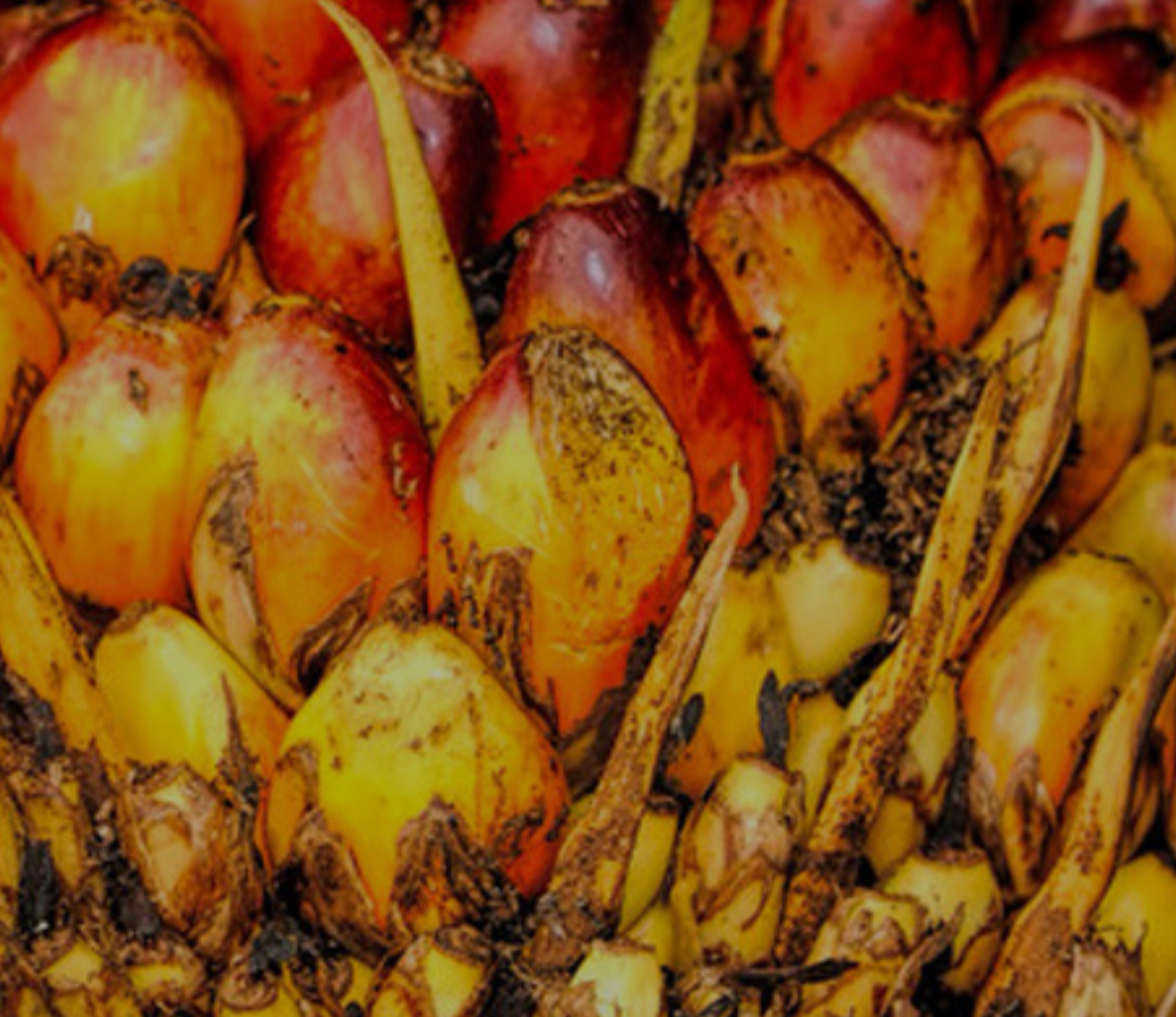 Our work in the vegetable oils sector allows us to address global challenges surrounding food security and agriculture while also creating opportunities for profitable, responsible economic growth in the developing world. 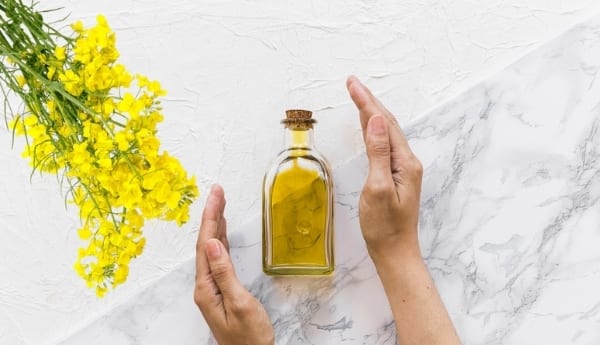 Canada, China and India are the largest producers of rapeseed oil today. It can be consumed unheated, served as a dressing or a dip, but is most commonly used in frying, baking and roasting food. 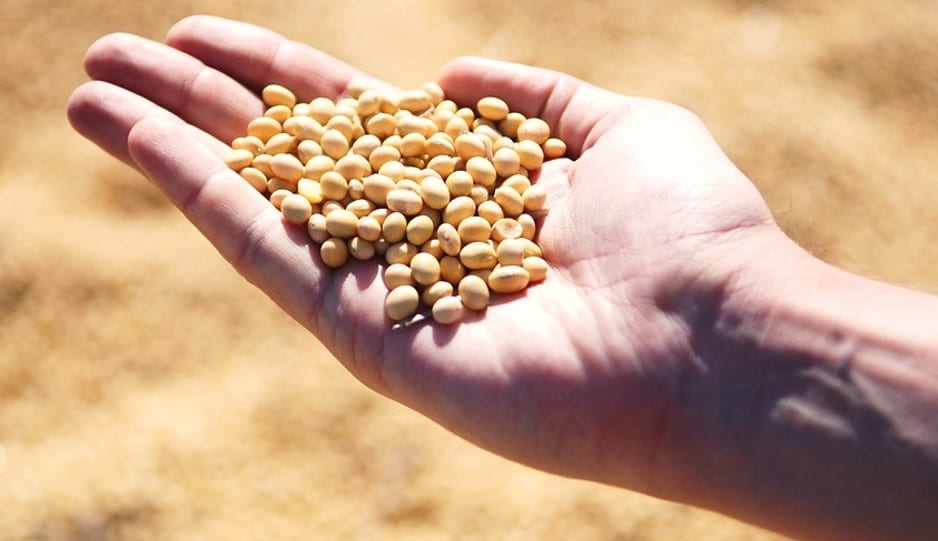 Soybean oil is obtained from the seeds of the soybean. Production is mainly focused in the United States, Brazil and Argentina. These 3 countries alone account for over 75% of total global output. 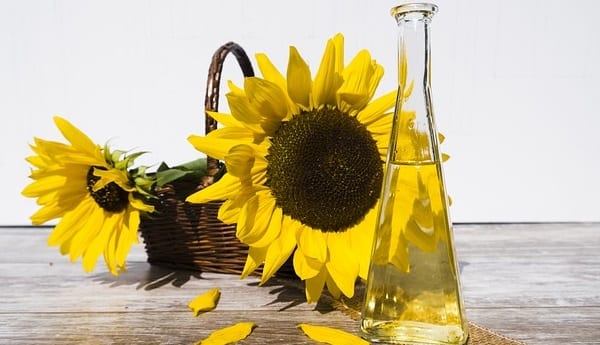 Over 20 million tonnes of sunflower oil are produced annually around the world. Countries with the highest output are Russia, Ukraine, Argentina, Romania, and China. 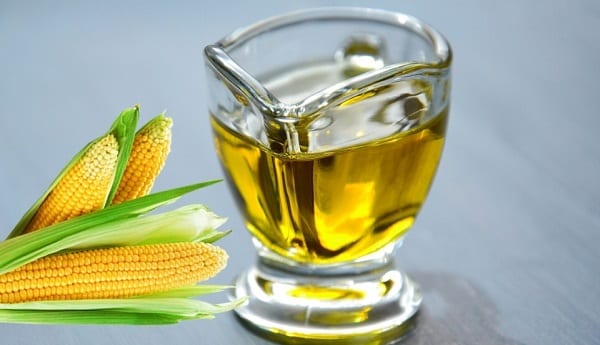 Due to its low cost, corn oil is an increasingly popular feedstock for biodiesel production. Other industrial uses include the manufacturing of soap, paints, erasers, textiles and rustproofing agents. 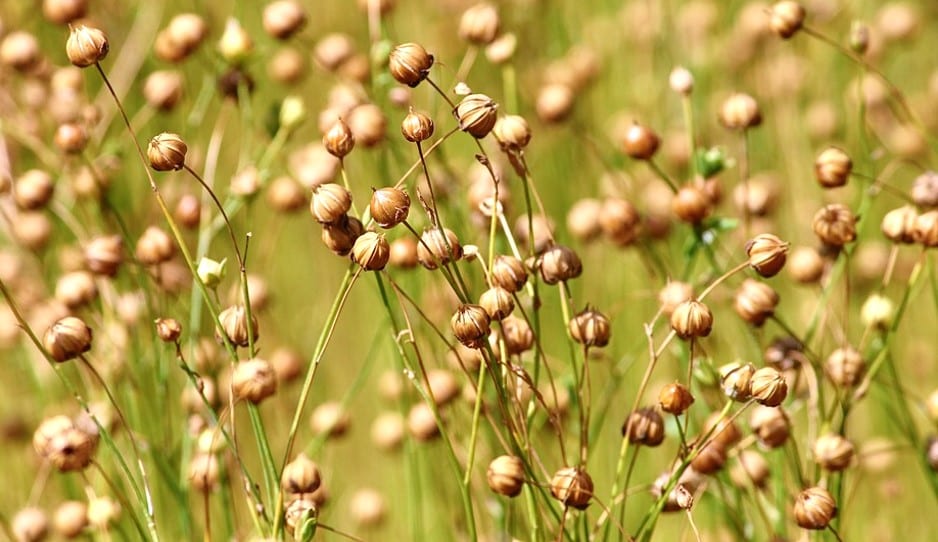 Linseed oil is mainly used as a preservative for wood and concrete, and can be found in paint, varnish, and stain formulas. The largest producers of linseed oil are China, Belgium and the U.S. 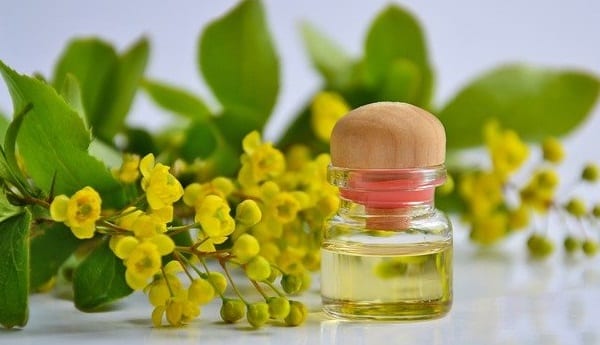 China, Germany, and Canada are the world’s leading canola oil producers, accounting for over 45% of total production. The product is primarily used as a cooking oil in food production. 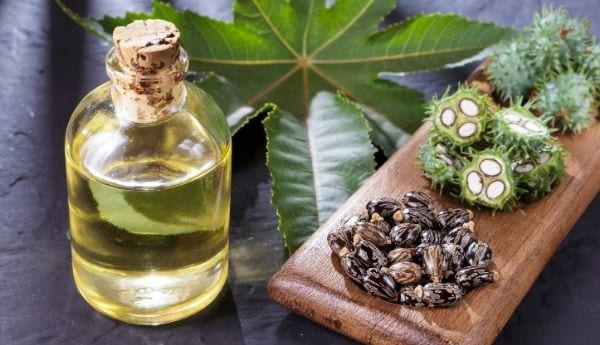 Castor oil is extracted from the Castor Oil plant, Ricinus Communis. Depending on the country where it is cultivated, it can grow between 4 feet to 40 feet tall. 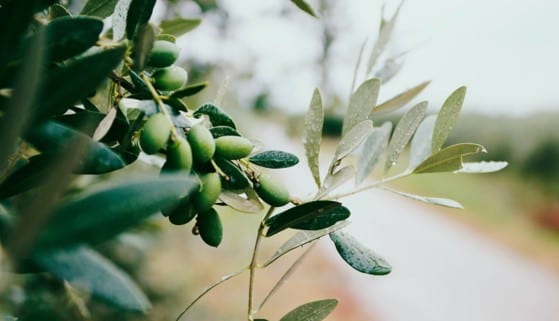 Olive oil is the most common vegetable oil in the world. The largest producers by volume are located in Spain, Morocco, Turkey, Greece, and Italy. 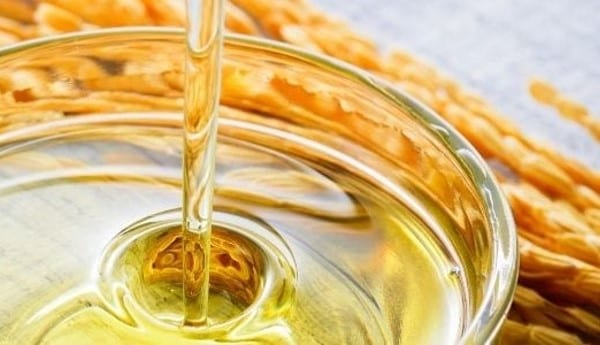 Rice bran oil is extracted from the outer bran or husk of rice grains. It is frequently used as a cooking oil in South and East Asian countries.

ABOUT THE EDIBLE OILS MARKET

In recent years, the global demand for edible oils and seed oils has grown at an increasingly rapid pace. Driven by the rising consumption of high-quality vegetable oils for everyday food, and the growing demand for alternative fuels in the transport sector, the market is in a state of constant development.

The main forces driving vegetable oil demand are population growth and the rising living standards of wide swaths of the population, particularly in developing markets. Vegetable Oil suppliers are also seeing a growth in demand from biodiesel producers as a result of mandatory blending quotas in key jurisdictions including the United States (Renewable Fuel Standard) and the European Union (Renewable Energy Directive).

What Is Vegetable Oil?

Vegetable oil is a collective term for a whole range of different oils used unprocessed or as a constituent in countless foods and other products. A variety of raw materials therefore come into consideration for its production.
Edible oil can be extracted from plants (e.g., soybean, canola); seeds (e.g., sesame, sunflower); nuts (e.g., walnut, macadamia); and fruits (e.g., palm, olive, coconut). Depending on the type of oil, it can be used in baking and frying food and for noncooking products such as salad dressing, margarine spreads, and dips.
Vegetable oil is also widely used to produce non-food products such as cosmetics and as a feedstock for making biodiesel fuel.

How Is Vegetable Oil Produced?

With demand for vegetable oils increasing due to demographic changes, improved living standards, and evolving diets, it is essential to monitor production based on the characteristics of the raw feedstock, and to validate the specifications of the finished product to ensure a safe and regulatory-compliant food product.

A typical process for producing cooking oils without additives, preservatives, or flavoring includes the following steps:

Oil Seed Preparation
This process involves cleaning, grinding, and pressing the seed to separate the oil.

Degumming
Crude cooking oils like soybean oil have high levels of phosphatides or gums. These need to be removed to prevent losses in refining efficiencies that result from their properties.

Extraction
Extraction involves the use of a hydrocarbon solvent, which selectively dissolves and extracts the cooking oil from the pressed mass. This is following by a combustion process to dry the seeds.

Refining
The oil is treated with sodium hydroxide to remove color, odor, and bitterness. The ensuing ‘saponification’ removes contaminants from the oil.

Bleaching
This step, which only applies for cooking oil, consists of filtering the oil through activated carbon or clay to absorb pigment.
Production steps will vary according to the end-use of the edible oil. It is important for edible oil suppliers to understand the intricacies of production, so they can better serve consumers of their products.

Winterization
Edible oil winterization is a fractionation process that involves the use of solvents and cold temperatures to separate liquids and oil compounds from waxes. Separation is achieved using the difference in the melting points, solubility, and volatility of various fats and oils.

What Are The Different Types Of Vegetable Oil?

Rapeseed is grown for the production of animal feed, edible vegetable oils, and biodiesel. It has consistently ranked as the world’s third-largest source of vegetable oil, behind soybean and palm oil.

Soybean oil is an edible oil obtained from the seeds of the soybean. It is one of the most widely consumed cooking oils, and a major feedstock source for biodiesel producers. It can also be used to manufacture printing inks and oil paints.

Sunflower oil is a vegetable oil pressed from sunflower seeds. It is commonly used in food production as a non-volatile frying oil, due to its relatively high smoke point. Other uses include animal feed and cosmetics.

Corn oil is made from maize germs. It is used mainly as a cooking oil, where its high smoke point makes it an ideal frying agent. Corn oil is also a vital ingredient in some margarines.

Canola oil comes from a variety of rapeseed that is low in erucic acid. In order to be labeled ‘canola’, the seed must consist of less than 2% of erucic acid.

Castor oil is a vegetable oil that is being used for many purposes from 1000’s of years. It is extracted from the seeds of Ricinus communis plant which are also known as castor beans.

Coconut oil is extracted from crushed copa, the dried meat of coconut. This oil is characterized by its high saturated fat content, which leads to a slower oxidation. This in turn extends its shelf life.

Olive oil is a vegetable oil extracted from the fruit of olive trees. It is the most common edible oil in the world. Olive oil is widely used in food production. Its applications also include cosmetics, pharmaceuticals, and soaps.

Palm oil is an edible vegetable oil that is extracted from the pulp of the oil palms fruit. Its many uses include cooking oil and biofuel feedstock. 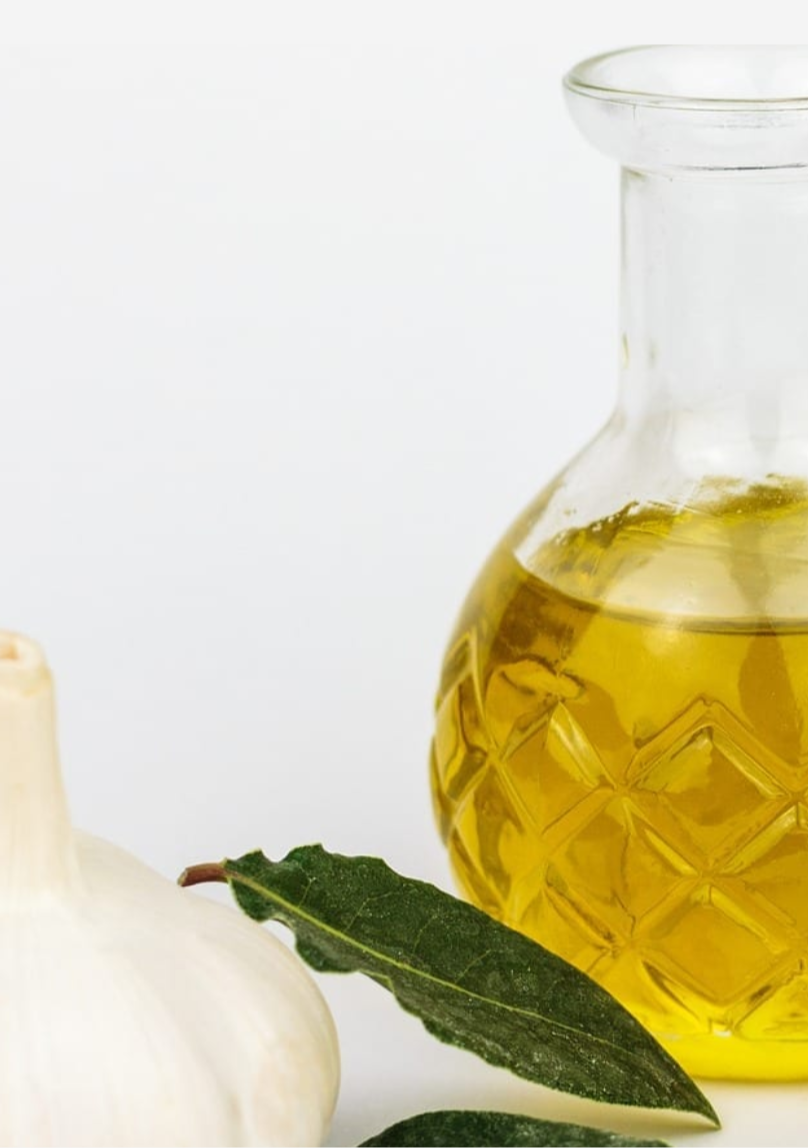 ZGINC Global is a major vegetable oil supplier and distributor serving markets throughout Europe, Asia, Africa and the Americas. Operating out of our Geneva offices alongside our European biofuels & feedstock team, our experienced vegetable oil traders are focused on creating sustainable value for customers.

Our commitment to responsible, sustainable and traceable supply chains is reflected in all of our vegetable oil sourcing, trading, logistics, sales and distribution activities. Our expertise in edible oil supply & trade helps us ensure that the products we provide maintain their exceptional quality throughout the product journey.

What makes ZOELICIOUS GROUP INC LLP stand out over other MANUFACTURERS AND Suppliers? 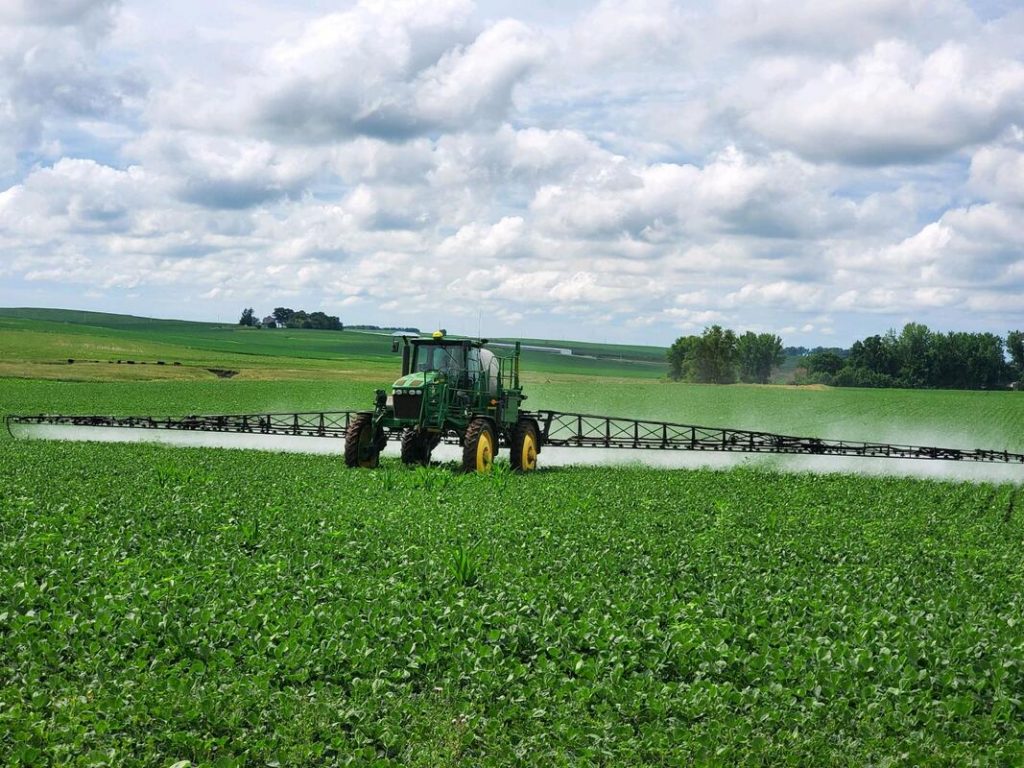 – We provide the best prices in the business due to our great relations with all of the major manufacturers.
– All bulk storage facilities are stocked with specific products to prevent any worries of cross contamination.
– We have a large quantity of all types of products so we sure to have what you are looking for.
– You are able to make custom orders by combining different nutrients and or chemicals to extinguish all crop issues.
– We are able to provide any brand name or generic products that may be hard to find. 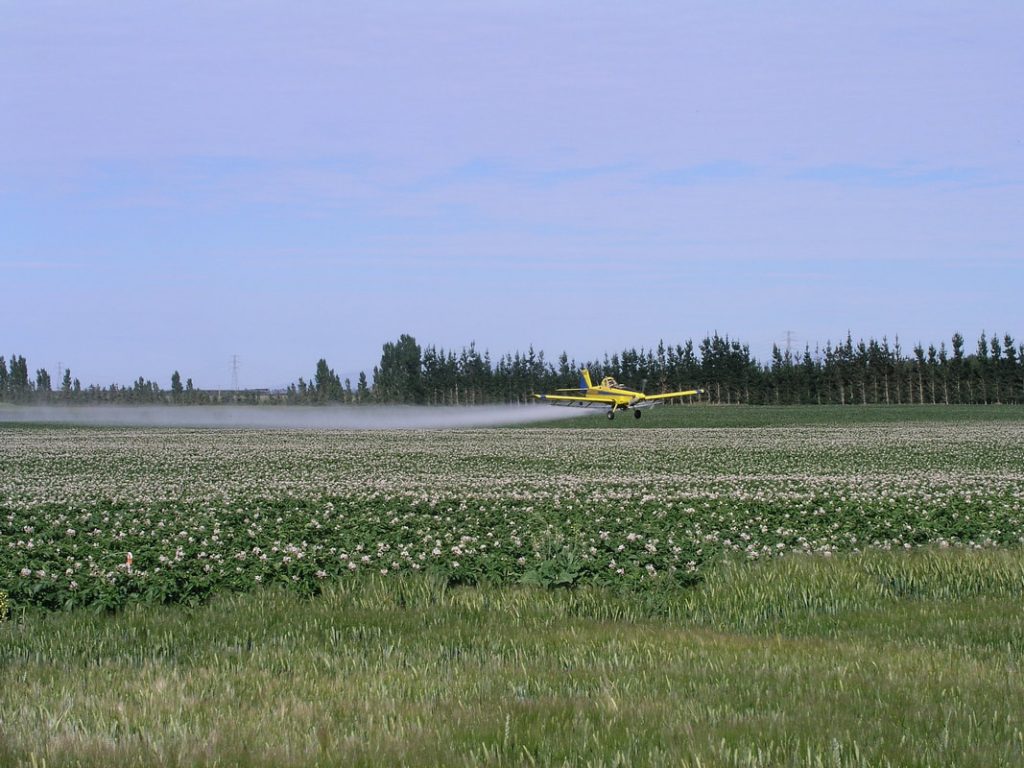 We understand our customers may live an extremely busy life and traveling far and wide to pick up your product is not always an option.

-We are able to deliver to multiple cities, states and countries throughout North and South America, Africa, Europe, Asia,  just to name a few. We also ship worldwide to all different continents.

Here at ZGINC general manufacturing and distribution supply, we provide multiple top of the line contracted options for customers within respected distance of our headquarters.

– We offer both pre and post application with our state of the art ground travel.

– ZGINC Supply is partnered with the best dusters in the midwest for fast and accurate product manufacturing, distribution and application.

– All operations are backed up by up to date ZGINC- Synced mapping software.